Most people, when we talk about luxury watches or high-end watches, automatically think of Rolex, Omega or Patek Philippe. But there are many good watch brands that are unknown to the vast majority. Brands that manufacture watches of tremendous quality, and that, if they had the reputation of others, their models would be highly demanded and valued.

For this reason, from WatchesNorte we are going to bring you a series of articles talking about these watch brands, from the best known to the least known.

Today we are going to talk about … Rebellion Timepieces

The Rebellion Timepieces brand was born in 2008 by its CEO Steve Clerici. Rebellion is based in Lonay, in the canton of Vaud, in the middle of Switzerland.

After working in the watch industry for many years, in 2008 he decided to partner with a lifelong friend who shared his same passions: watches and cars. The idea from the beginning was to create unique, non-conformist watches. Extremely exclusive products, with a clear market niche set in collectors and people with high purchasing power. In Steve Clereci’s own words: “Although we are young, we want to create a brand that lasts.”

Rebellion has a character strongly marked by the world of speed. So much so that they have their own racing brand, Rebellion Racing Team, which competes in endurance racing. Founded in 2010, just one year later they won the Le Mans Series team title in the LMP1 category.

Rebellion began to make a name for itself at BaselWorld 2010 by introducing the Rebellion T-1000. An impressive watch with a 1,000 hour power reserve.

In the words of its CEO, “things were not quite right at the beginning.” But they incorporated recognized experts in the design, and in the development of complicated movements. Thanks to these additions, Rebellionhas excelled in recent years creating highly sophisticated watch models that include an amazing regulator, a powerful tourbillon or the Predator chronograph for example. Thanks to this, Rebellionhas found its place in the world of high-end watchmaking.

Since its inception, Rebellionhas collaborated with various automotive and watch groups to create truly unique and intricate watches. Some of the most iconic watch models of the brand would be:

A watch built for performance, the T-1000 is a fitting tribute to motor racing. Its chassis is precision machined from a single block of titanium. The original and elegant curves of its body completely reveal the elite engine through the sapphire crystal. With a revolutionary patented power distribution system, the T-1000 employs a 1,000-hour power reserve.

This is a special limited edition of only 10 pieces. 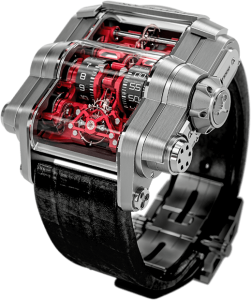 Free from traditional form and wear restrictions, Rebellion’s newest watch, the WEAP-ONE, literally breaks the mold. This mechanical work of art, worn on the body or displayed on a board, is not inhibited by existing rules. Suspended between the hour and minute rollers, a 60-second asymmetric flying tourbillon rotates in various axes. This novel and innovative feature allows the tourbillon to challenge the gravitational pull of the earth from all sides. Complete with two wheel nuts, this magnificent piece is truly revolutionary and unique.

This is a special limited edition of only 10 pieces. 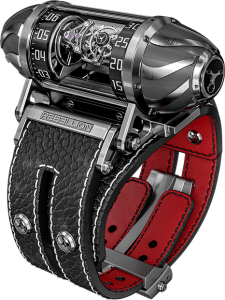 Precision and complexity are at the heart of this movement developed exclusively for Rebellion Timepieces by Telos Watch. The disturbances caused by the gravitational pull of the Earth are compensated for by the tourbillon, displayed at 6 o’clock. Hours and minutes are indicated by two separate counters, while the large hand points to seconds. As for the automatic mechanism, it can achieve a staggering 60-hour power reserve.

This is a special limited edition of only 30 pieces. And at WatchesNorte we have gotten one. You can see the watch for sale on our website or on the Chrono 24 website where we are Trusted Sellers. 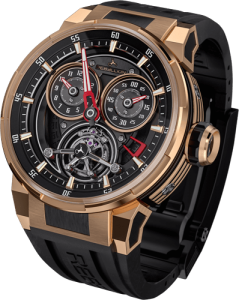 An intensely impressive motorsport-inspired chronograph, the Wraith Drive unashamedly asserts that it is ambitious for victory. His very DNA is built into every detail. A member of the Rebellion racing team, the Wraith Drive is endowed with exemplary endurance: 48 hours of autonomy.

This is a special limited edition of only 100 pieces. 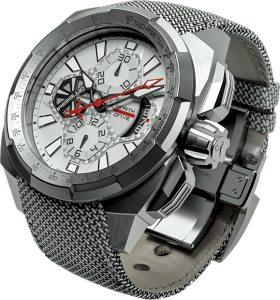