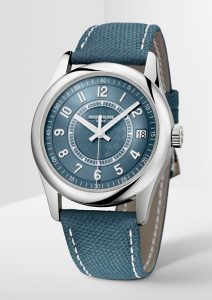 2020 is being a difficult year, even for large companies that have seen their production reduced. The big watch brands are not exception. We have already commented in previous articles that several of the great watchmakers had postponed the launch of their new watches, due to Covid 19. The drop in production and the cancellation of the big events where these types of launches are announced altered the plans of Rolex, Patek Philippe, etc.

But, as happens to all of us, it’s time to adapt to the new times, and move on. Accept that it is going to be a different year and try to get positive things out of it. Following this trend,we already saw that Tudor had been encouraged to launch a new model for this year 2020, and that Rolex is expected to do the same in September.

Well, Patek Philippe has not been left behind and has also released new watches and a couple of reinterpretations of existing models throughout the summer.

The first of them has been the new Patek Philippe Calatrava. A special edition of only 1,000 units that has been launched to commemorate the completion of its new production building located in Pan-les-Ouates. 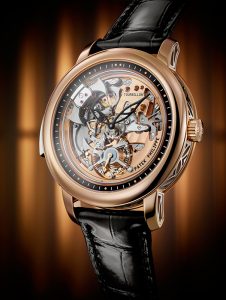 The new Calatrava 6007A-001 stands out for its 40mm case and its wider polished steel bezel. A rare material in the Patek Philippe collections. A blue-gray dial with a central motif, sapphire crystal and white gold hands.

Patek Philippe continues its habit of creating watches with great complications. This 5303, which was already released in 2019 with a limited edition of 12 pieces, now goes to the regular collection with a slightly modified design.

Made of rose gold, it stands out for its ‘leaf’ decoration engraved on the sides of the bracelet’s handles. A watch without a dial so that you can see the minute repeater in motion, including, for the first time, hammers and bells. You can also see the tourbillon at the bottom of the watch, at the 6 o’clock position.

The Patek Philippe Rattrapante 5370 and Perpetual Calendar Chronograph 5270 watches have received a reinterpretation.

The Rattrapante modifies its aesthetics with a new blue dial and a polished platinum case. Like the other platinum watches from Patek Philippe, the new 5370P-011 has a small diamond set between the lugs of the bracelet at the 6H position.

The 5270 Perpetual Calendar Chronograph is manufactured in yellow gold for the first time. Previously we have seen models of this reference in platinum and rose gold. It is fitted with the CH 29-535 PS Q caliber, which is the first perpetual calendar chronograph movement fully developed and manufactured by Patek Phillipe since 2011. 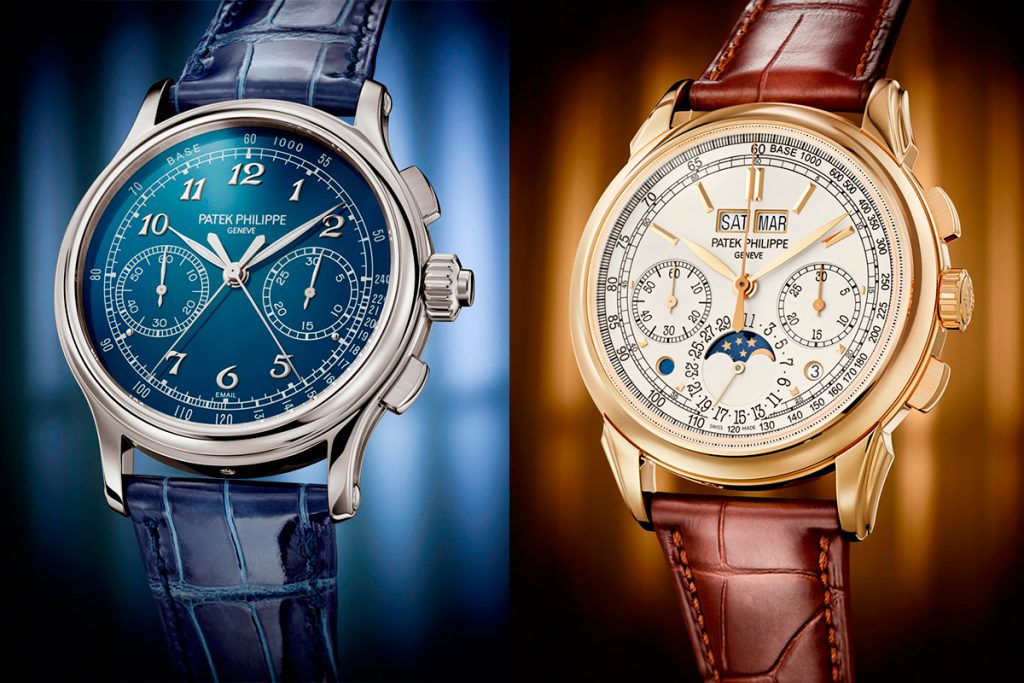